Ecofeminism: What's the relationship between feminism and ecology? 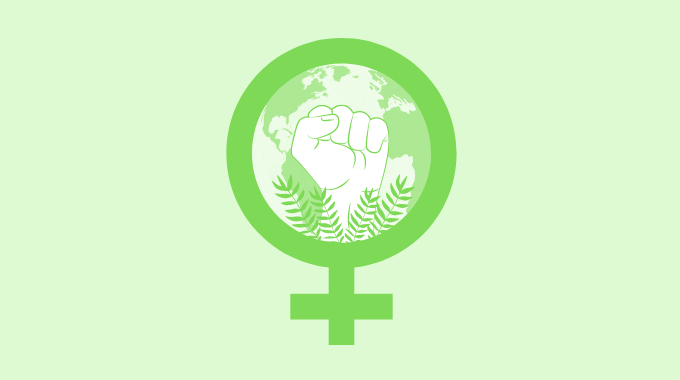 The representation of women in political decision-making is estimated at 13% globally. To protect the environment, more parity in the political power is needed ! A comment by Aline Deprez.

“In Europe, young people, and in particular young women, stand up for the climate. We are attending the end of the capitalist patriarchymodel“, says Vandana Shiva, indian environmental activist, food sovereignty advocate, and anti-globalization author. Over the last few months, I have seen more and more ecofeminist slogans like: „Lick clitos, not Monsanto’s ass,” „Fuck us, not the climate,” or „My planet, my cat, save the wetlands.“ But what is exactly ecofeminism? Put simply, ecofeminism combines ecology and feminism. Both a philosophy and a movement, ecofeminism was born of the conjunction and union of feminist and ecological currents of thought.

Where does ecofeminism come from?

The term was coined by the French writer Françoise d’Eaubonne in Le Féminisme ou la Mort (1974), where she argues that oppression, domination, exploitation, and colonization by Western patriarchal society has directly caused irreversible environmental damage.

In the 1970s the ecofeminist movement took root in anti-nuclear political struggles and mobilizations. In the United States and the United Kingdom a number of women came together, thought and campaigned collectively in a peaceful manner.

November 17, 1980: 2000 women encircled the Pentagon, for them this is the workplace of imperial power which threatens them all. They were demonstrated in a peaceful and artistic way creating rituals, singing songs and weaving yarn across the entrances. 140 of them were arrested. Their manifesto was : “ We fear for the life of this planet, our Earth, and the life of our children who are our human future".

Today the movement has evolved

As feminist and ecological struggles have changed since the 1980s, ecofeminism has also evolved. Women reclaim the basic connection between feminist and ecological struggles and their own connection to nature: they become vigilantes of the Earth, rising up against oppression and reclaiming territories. By fighting the forces that cause nature and women to suffer, ecofeminists imagine an emancipatory ecology for women and their community. In the Bugoma Forest of Uganda, for example, women have united to protest and fight against deforestation, and to sue the state to have their rights to the land they cultivate recognized. These two struggles are deeply connected: both deforestation and the lack of legal rights threatens the women’s ability to live off the land. In western Kenya, widows, who have become the breadwinners of their families, have come together to invest in sustainable innovations, such as rainwater harvesting systems or agroforestry – and they have banded together in political structures to work collectively to ensure their community’s food security and water supply. 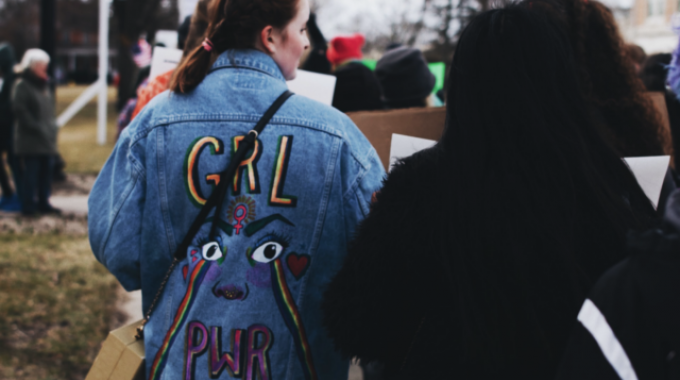 Women are on the front lines of the climate crisis

As these examples suggest, around the world women are more vulnerable to the consequences of global warming than men. Droughts, desertification and floods threaten the agricultural activities for which women are mainly responsible, even while in some countries those activities produce up to 80% of the food. According to the UN, the risk of death is 14 times higher for women when a natural disaster strikes.

Women have always made up a larger portion of those actively fighting for our planet in both the Global North and Global South. This overrepresentation is not only because women are more vulnerable to ecological disaster: a study by Scientific American suggests that environmental activism continues to be perceived as an attack on „virility.“ Feminist liberation and ecological conservation are deeply linked – however the terms women and ecology are not synonymous.

In the ecofeminist view, women are not naturally more connected to nature and the protection of the environment than men; their association with nature, matter, emotion, cooperation and care is itself a gendered stereotype. The consequences of gender stereotyping in the climate emergency is severe. As it’s seen as the work of the women to manage recycling, ecologically conscious shopping, and zero waste, women have the larger mental burden in households adapting to a post-carbon lifestyle.. The necessary changes to global north lifestyles spell an increase in stress for women. To this mental load is added a “moral load” through increasing ecological awareness.

It’s not up to women to save the planet. Instead, we must question our relations of domination and power. Ecology is everyone’s business, not just another injunction for women! The climate crisis is also a crisis of genders: Ecofeminism is therefore a movement that responds to this double crisis by deconstructing our current model.

Ecofeminism works towards liberation and environmental protection by reflecting on the place of women and the environment in our society. Gender oppression and environmental destruction are not unconnected problems, and the only solution is a system where gender roles are not opposed, where competition gives way to cooperation.

According to the IPCC, to feed 10 billion people, limit global warming, and limit the degradation of ecosystems, we must give more power to women. They have always been exposed to discrimination, official or implicit, they have had to learn to circumvent obstacles and impose their point of view. Nothing has better prepared them to face the gigantic difficulties of the ecological transition which is taking place today.

The more parity there is in political power, the more the environment will be protected – it’s time for the green and feminist revolution! 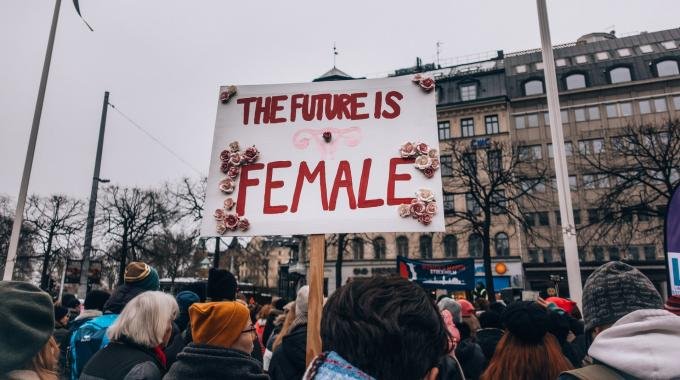